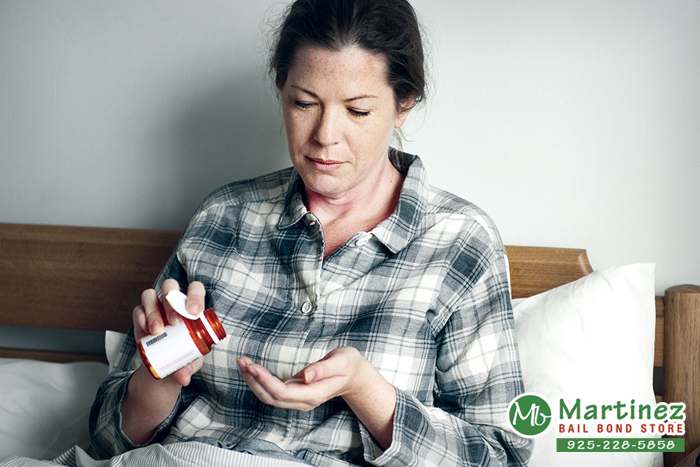 Most of us have done it. We’ve had a splitting headache or strained something. When an over the counter medication doesn’t seem to touch the pain, rather than going to the doctor, we usually scrounge in our medicine cabinet until we find some old prescription pain medication. If we don’t find anything in our own cupboard, we often ask a friend or family member for something.

Most of us don’t give this type of thing a second thought even though we’re technically breaking the law.

The good news is that most of us only do this once, maybe twice in our lives. If the pain persists, we usually got ourselves to the doctor who checks us out, diagnose the problem, and writes a prescription for pain killers. Just like that, our little stint on the wrong side of the law is forgotten.

While people seldom get caught taking a prescription drug without a prescription, you should know that doing so has the potential to create all kinds of legal problems for you.

The first thing to consider is drug testing. An increasing number of employers have made random drug tests mandatory. If you take a prescription drug that you don’t have a prescription for it could show up in your drug test. This could result in your losing your job, and depending on who you work for, they could even turn you into the police.

The reason there is a zero-tolerance policy for taking any type of prescription drug without a prescription dates back to the opioid epidemic. The high volume of people who became addicted to opioids triggered new laws that led to a tight crackdown on who is issued a prescription for pain killers, how many prescription drugs are prescribed, and how high a dose a person can take.

Don’t assume that just because you were issued a prescription for the drugs that you’re free to take them years later. You’re not. Unless you have a new prescription, you’re no longer allowed to take those drugs.

Even if you haven’t actually taken the prescription drugs that weren’t actually prescribed to you but are caught with them on you, for example, when you’re pulled over for a traffic infraction, drug charges could be filed against you. The only exception is if you’re transporting the prescription from the pharmacy for someone, in which case, the drugs should still be sealed in the pharmacy packaging and you should have proof in the form of a receipt that you were in the authorized pickup person.

If you feel you need a prescription drug to manage your pain, it is in your best interest to visit your doctor and have them officially prescribe the medication you need.