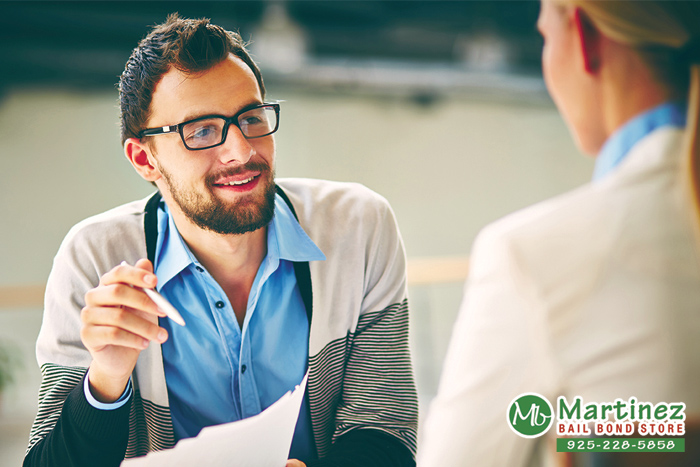 It is no secret that communication is the secret to success. It is also a key component to successfully cultivating a harmonious relationship between yourself and your bail bondsman. Early in your relationship, there are a few key things you need to discuss with the representative who is helping secure your release from jail.

How Much Does The Bail Bond Ultimately Cost?

The court determines how much bail you’ll have to pay before you can walk out of jail. If you bail yourself out, you pay the entire amount which the court returns to you once you’re case has made it through the entire legal process.

If you require a bail bond company such as Bail Bonds in Richmond, you pay us 10% of the total amount. We kick in 90%. Once the case is concluded, we get 100% of the money back.

This is the standard process. Each bail bond company has its unique twist which is why you must discuss exactly how much money you must provide and how much the bail company supplies. Make sure both amounts are clearly stated in your contract.

In addition to finding out how much bail is going to cost you, take time to learn if you need to have a co-signer if you have to sign over any assets and if you need to provide the bail bond company with information about your employer.

How Long Will It Be Before You’re Allowed To Walk Out Of Jail?

Some people assume that as soon as they contact a bail bondsman, they will get out of jail. That’s not usually the case. Several factors influence how much time it will take for the bail bondsman to procure your release.

Knowing how long it will likely take the bail bondsman allows you to arrange for things like transportation to your home, care for your kids and when you can return to your job.

How Long Has The Bail Bondsman Been Active In The Area?

It is in your best interest to get a little information about the bail bondsman you’re working with. There are many stories about people who thought they were getting bailed out of jail only to learn that the person they were dealing with wasn’t a bail bondsman but actually a con artist.

Knowing how long they’ve been working in the area goes a long way towards confirming that you’re working with a legitimate bail bond company that can get you out of jail.

Knowing what questions you should ask your bail bondsman helps clear up a lot of communication problems and helps you to keep the relationship pleasant and business-like rather than stressful.

If you or someone you know need bail help, contact Bail Bonds in Richmond at 925-228-5858 or click Talk To An Agent Now to chat. We provide FREE, no obligation bail bond consultation!