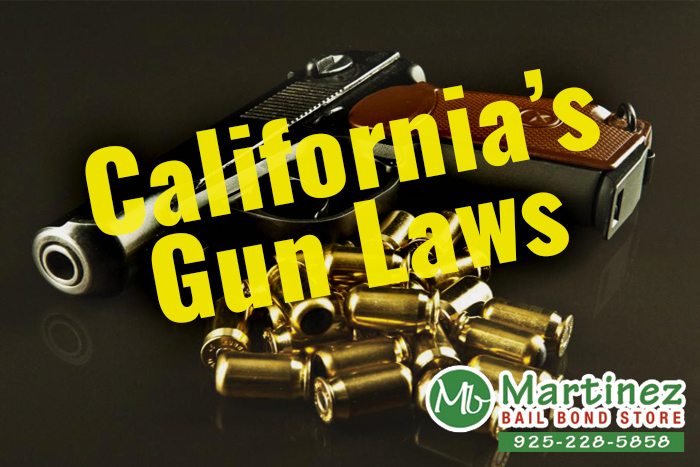 As is the trend, being a California gun owner just got more complicated again. To start off, California has some of the most restrictive gun laws in the entire nation. As gun violence and safety is a never-ending debate, there are constantly new laws and legislations being proposed and passed or rejected.

The new laws will be added onto the extensive list of existing gun laws, such as:

Obviously, the list is much, much longer and these are just the surface basics to know. California’s gun laws get very in-depth and if you are or are planning to be a gun-owner, you must know everything and you need to pass a written test.

Abusing and violating gun laws will result in arrest or worse. Depending on the situation, the arrestee may or may not be given the opportunity to bail. If he or she is granted bail, Martinez Bail Bond Store highly encourages posting bail. No matter what, if you were given that chance, take it. We believe that everyone is innocent until proven guilty, and at the bail stage, they have yet to be found guilty. We believe in the right to bail. We will help anyone who can bail out do so. That includes you or someone you know.

So talk to a bail agent from Martinez Bail Bond Store and find out how you can be helped. Chat With Us online or call 925-228-5858. Our knowledgeable and helpful bail agents are always available and ready to answer your inquiries 24/7. Consultation is always FREE, so call and feel free to ask about cheap bail bonds we offer.

Martinez Bail Bond Store has been helping Californians bail their loved ones out of jail since our founding in 1987. We are a statewide, family-owned bail bond company, so if you ever need bail bond service anywhere in the state, no matter what time of the day it is, just give us a call and you can count on us to be there for you.